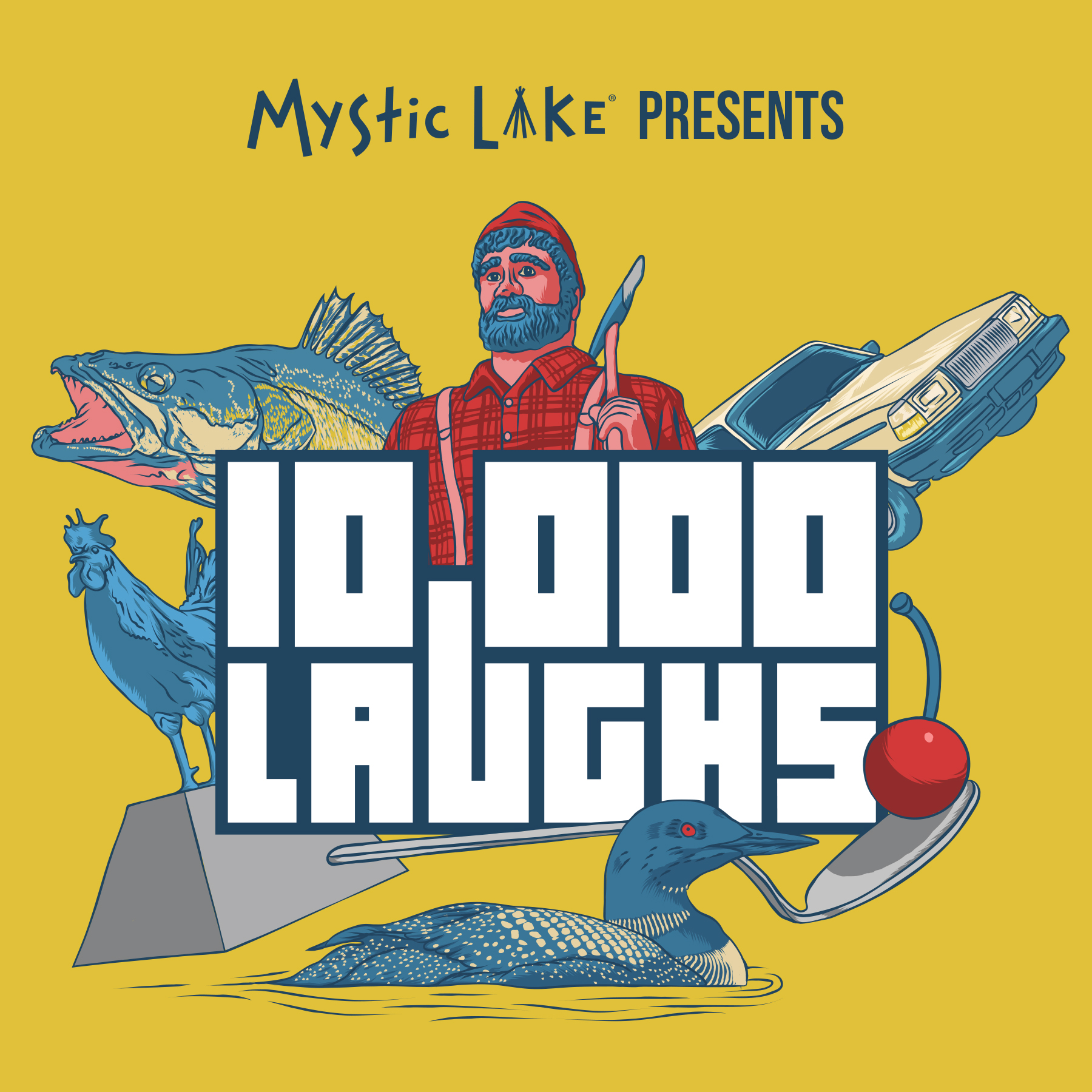 We’re returning for our 10th year! 10,000 Laughs! 10,000 Laughs is a comic-centered, artist-run stand up comedy festival with heart. And a big mole, which we should probably get checked out.

Since 2011, 10,000 Laughs has been bringing national headliners and unknown talent together for three October days to make Twin Cities audiences laugh their little tushies off. With 35+ shows and nearly 80 comedians, at venues all over the city, it’s a comedy festival unlike anything else in Minnesota!

Every show at 10,000 Laughs features a curated lineup of our favorite up-and-coming comedians along with a killer headliner. Closing this show is Bobcat Goldthwait.

Goldthwait is no stranger to entertainment and is one of the most recognizable comedians in show business today. Bobcat’s stand up features hilarious riffs on politics, divorce, and his career as a writer and director of film. His show is a wild ride of fun finding the funny no matter what the situation.

Bobcat Goldthwait continues to follow his passion for writing and directing. In his latest film, “Call Me Lucky” he bravely tells Barry Crimmin’s incredible story of transformation from a rage-fueled funnyman into an acclaimed proponent of justice who personified the healing power of comedy. His new movie has had the film festival circuit buzzing with audiences and has won Best Documentary awards at the Boulder International Film Festival, the Tampa Gasparilla Film Festival and the Audience Award at the Chattanooga Film Festival. “Call Me Lucky” was also nominated at the Sundance and has received wide critical acclaim.

Bobcat’s sixth movie entitled “Willow Creek,” a movie about Big Foot, is a found footage horror film about a young couple who hike into the remote woods in search of the famous Patterson/Gimlin Bigfoot footage sight. It was shot on location in and around Willow Creek, and features a mix of actors (like Alexie Gilmore and Bryce Johnson who co-star,) and local townspeople in real interviews done for the film. Bobcat’s inimitable talent for writing and directing was clearly displayed in his fifth film a black comedy entitled “God Bless America” which stars Joel Murray and Tara Lynne Barr. The movie was likened to a modern day Bonnie & Clyde. Bobcat’s imaginative eye behind the camera caught the attention of Esquire Magazine where they named Goldthwait “Director of the Year.”

Bobcat unleashed his one of a kind brand of comedy in his Showtime one hour special entitled “You Don’t Look the Same Either.” The genre-defying Police Academy alum returned with a self-deprecating and topical instant comedy classic, taking the audience on a hilarious journey through his 30 year career as an eighties icon, to the guy who lit the Tonight Show set on fire…literally!

Every show at 10,000 Laughs features a curated lineup of our favorite up-and-coming comedians along with a killer headliner.

Closing this show is Bobcat Goldthwait.